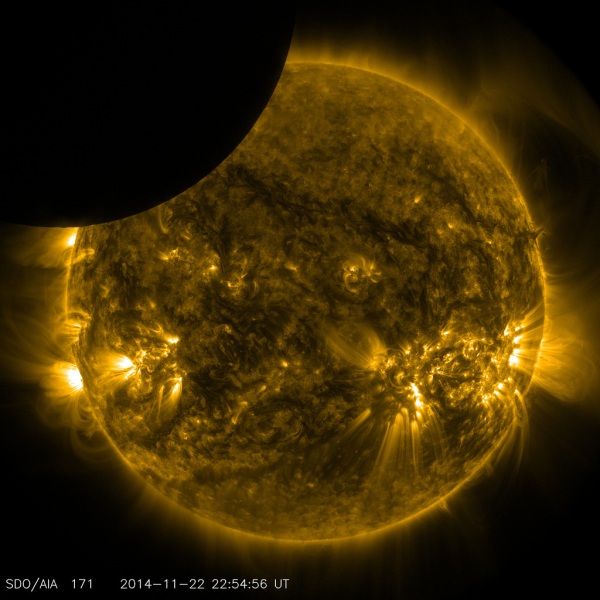 On Nov. 22, 2014 from 5:29 to 6:04 p.m. EST., the moon partially obscured the view of the sun from NASA’s Solar Dynamics Observatory. This phenomenon, which is called a lunar transit, could only be seen from SDO’s point of view.

In 2014, SDO captured four such transits — including its longest ever recorded, which occurred on Jan. 30, and lasted two and a half hours.

SDO imagery during a lunar transit always shows a crisp horizon on the moon — a reflection of the fact that the moon has no atmosphere around it to distort the light from the sun. The horizon is so clear in these images that mountains and valleys in the terrain can be seen. 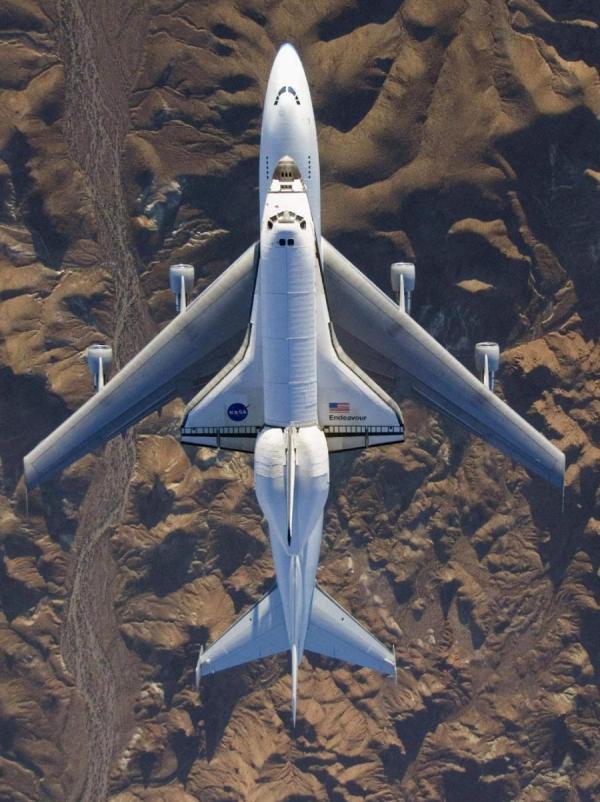 The space shuttle Endeavour,fresh from the STS-126 mission and mounted atop its modified Boeing 747 carrier aircraft, flies over California’s Mojave Desert on a three-day trip back to the Kennedy Space Center in Florida on Wednesday Dec. 10, 2008.

From the highest volcano to the deepest canyon, from impact craters to ancient river beds and lava flows, this showcase of images from ESA’s Mars Express takes you on an unforgettable journey across the Red Planet.

Mars Express was launched on 2 June 2003 and arrived at Mars six-and-a-half months later. It has since orbited the planet nearly 12 500 times, providing scientists with unprecedented images and data collected by its suite of scientific instruments.

The data have been used to create an almost global digital topographic model of the surface, providing a unique visualisation and enabling researchers to acquire new and surprising information about the evolution of the Red Planet.

The images in this movie were taken by the High Resolution Stereo Camera and the video was released by the DLR German Aerospace Center as part of the ten years of Mars Express celebrations in June 2013. The music has been created by Stephan Elgner of DLR’s Mars Express planetary cartography team. DLR developed and is operating the stereo camera.