By Anthony Pappone
Taken on: February 29, 2012
Location: The tribal region of the Sahel, northern Burkina Faso 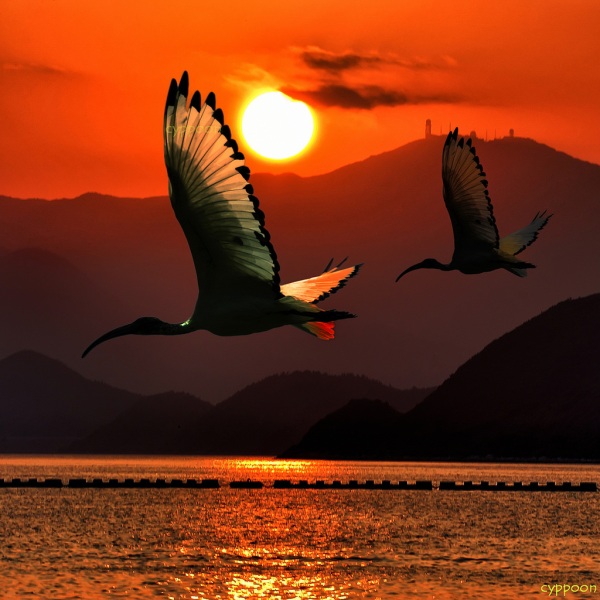 In the 21st dynasty of the Pharaos, 3,000 years ago, there took place one night at a temple, the funeral of Henut Taui – the Lady of the Two lands.

Compared to the great rulers of Egypt, her burial was a modest affair. But just like the Pharaos, she too was mummified, and her body placed in the depths of a desert tomb, in the belief it would give her immortality.

German scientist, Dr Svetla Balabanova, made a discovery which was to baffle Egyptologists, and call into question whole areas of science and archeology to chemistry and botany.

She discovered that the body of Henut Taui contained large quantities of cocaine and nicotine. The surprise was not just that the ancient Egyptians had taken drugs, but that these drugs come from tobacco and coca, plants completly unknown outside the Americas, unheard of until Sir Walter Raleigh introduced smoking from the New World, or until cocaine was imported in the Victorian era.

It was seemingly impossible for the ancient Egyptians to get hold of these substances.

For thousands of years people in the Andes have been chewing coca leaves, to get out the cocaine with it’s stimulant, anaesthetic and euphoric properties. There are actually species of the coca family which grow in Africa, but only the South American species has ever been shown to contain the drug.

DR SVETLA BALABANOVA – Institute of Forensic Medicine, Ulm:
“The cocaine of course remains an open question. It’s a mystery – it’s completely unclear how cocaine could get into Africa. On the other hand, we know there were trade relationships long before Columbus, and it’s conceivable that the coca plant had been imported into Egypt even then.”

NARRATOR:
Was it possible that coca – a plant from South America had been finding it’s way to Egypt 3,000 years ago?

If the cocaine found in mummies could not be explained by contamination, or fake mummies or by Egyptian plants containing it, there appeared to be only one remaining possibility… An international drug trade who’s links extended all the way to the Americas.

NARRATOR:
But on the other side of the Atlantic Ocean, where the moving current of the Gulf Stream arrives in Mexico directly from the west coast of Africa, there is a professionally-employed anthropologist who does seriously beleive in such possibilities.

PROF ALICE KEHOE – Anthropologist, Marquette University:
“I think there is good evidence that there was both trans-atlantic and trans-pacific travel before Columbus.”

But the idea that the ability of the ancients to cross the oceans might have been underestimated continues to be quietly whispered about. Over the years evidence has grown which suggests it might be time to look again at such voyages. To imagine that the Egyptians, who apparently only sailed up and down the Nile or into the Red Sea, might get as far as the Americas perhaps sounds fantastical. But in science, what is one day thought absurd, can next day become accepted as fact.

[Picture of a Norse settlement in Newfoundland]

One senior academic thinks it’s important to remember that before the discovery of this Norse settlement in Newfoundland in 1965 theories about Viking voyages to America were dismissed as nonsense.

PROF MARTIN BERNAL – Historian, Cornell University:
“What we’ve seen is a shift from the idea of Viking landings in America being seen as completely fantastic or partisan, to being accepted by every scholar in the field.”

NARRATOR:
The fact that evidence of the Viking crossings was hidden has encouraged Martin Bernal to contemplate even earlier voyages that are likewise dismissed as impossible.

PROF MARTIN BERNAL – Historian, Cornell University:
“I have no reason to doubt that there were others – but what they were, and how much influence they had on American society is open to question. But that trans-oceanic voyages are possible – or were possible – seems to me to be overwhelmingly likely.”

NARRATOR:
Yet discovery of minute strands of silk found in the hair of a mummy from Luxor could suggest the trade stretching from Egypt to the Pacific. For silk at this time was only known to come from China.

PROF MARTIN BERNAL – Historian, Cornell University:
“We’re getting more and more evidence of world trade at an earlier stage. You have the Chinese silk definitely arriving in Egypt by 1000BC. I think modern scholars have a tendency to believe rigidly in progress and the idea that you could only have a worldwide trading network from the 18th century onwards, is our temporal arrogance – that it’s only modern people that can do these things.”

NARRATOR:
The evidence for ancient trade with America is limited, and most of it is disputed, but it can’t be completely ruled out as explaining the apparent impossibility of Balabanova’s results, results that at first seemed so absurd many thought they would be explained away by a simple story of a botch-up in a lab, results that still without firm explanation continue to crop up in unexpected places.

For in Manchester, the mummies under the care of Rosalie David, the Egyptologist once so sure that Balabanova had made a mistake, produced some odd results of their own.

ROSALIE DAVID – Keeper of Egyptology, Manchester Museum:
“We’ve received results back from the tests on our mummy tissue samples and two of the samples and the one hair sample both have evidence of nicotine in them. I’m really very surprised at this.”

DR SVETLA BALABANOVA – Institute of Forensic Medicine, Ulm:
“The results of the tests on the Manchester mummies have made me very happy after all these years of being accuesed of false results and contaminated results, so I was delighted to hear nicotine had been found in these mummies, and very, very happy to have this enormous confirmation of my work.”

NARRATOR:
The tale of Henut Taui shows that in science facts can be rejected if they don’t fit with our beleifs while what is believed proven, may actually be uncertain.

Little wonder then, that a story that began with one scientist, a few mummies and some routine tests, in no time at all could upset whole areas of knowledge we thought we could take for granted.

Aminatta Forna tells the story of legendary Timbuktu and its long hidden legacy of hundreds of thousands of ancient manuscripts. With its university founded around the same time as Oxford.

Timbuktu is proof that the reading and writing of books have long been as important to Africans as to Europeans.

While the constitution in Angola guarantees freedom of religion to all of its citizens, this right no longer seems to apply to the followers of the now banned religion of Islam.

According to numerous newspapers in Angola, the African nation has banned the Islamic religion.

It has become the first country in the world to take such a harsh stance against Muslims.

On November 22, the Angolan Minister of Culture Rosa Cruz e Silva said that:

“[t]he process of legalization of Islam has not been approved by the Ministry of Justice and Human Rights [and so] their mosques would be closed until further notice.”

Why the religion needs to be legalized has not been definitively stated by Cruz e Silva.

Cruz e Silva has also said that the closing of mosques is the most recent move in Angola’s effort to put a stop to so-called illegal religious sects. Under new laws in Angola, many religious sects have suddenly become criminal.

According to the minister:

the action was necessary to fight relentlessly against the emergence of congregations whose worshipping is contradicting with the customs of the Angolan culture.

Same as Islam, other faiths which were not legalized will face closure of their houses of worship.

“All sects on the list published by the Ministry of Justice and Human Rights in the Angolan newspaper ‘Jornal de Angola’ are prohibited to conduct worship, so they should keep their doors closed,” she was quoted by Cameroon Voice‏.

the country is working toward putting an end to Islamic influence in Angola once and for all. Again, there is no word of what or who has been influenced and why it needs to stop.

“This is the final end of Islamic influence in our country.”

The Governor of Luanda, Bento Bento, attended the destruction of the minaret of their mosque Zengo. Bento Bento, has also said on the airwaves of a local radio that:

“radical” Muslims are not welcome in the country and that the Angolan government will not be legalizing mosques or other places of worship for Muslims.”

The now banned religion of Islam is practiced by a very small percentage of the 18.5 million inhabitants of Angola. Only about 80,000-90,000 Angolans practice Islam. These Muslims are primary migrants from West Africa and Lebanon.

While the means of becoming a “legal religion” is Angola is not clear at this point, the government is very harshly cracking down on the illegal sects.

Minister of Culture Rosa Cruz e Silva has made it known that there are nearly 200 different illegal religious sects in Angola so it is not just Islam that has been banned in Angola.

Rosa Cruz e Silva has also said that there are more than 1000 applications that have been submitted by religious groups in an effort to legalize their sects. Islamic groups have made up some percentage of these many applications but it is not clear when or if they will ever be approved.

Rosa Cruz e Silva said that the legalization process of Islam has simply not been approved and, therefore, mosques must remain closed “until further notice.”

While some mosque could theoretically reopen again in the future, some are gone forever.

While traveling northern tanzania for a pictorial journey of east africa, british photographer Nick Brandt unexpectedly came upon a number dead birds and bats that appeared to be made out of stone. the animals had washed up along the shoreline of the lethal lake natron, a salt lake located near the kenyan border. the waterway contains a deadly chemical composition — a very high soda and salt content — which causes any creature who dares to dip in to die, calcify, and remain perfectly preserved as they dry. brandt notes that the chemical level was so extreme, that while he was capturing the images, the ink stripped off his kodak film boxes within just a few seconds.

The mummified species are the eerie aftermath of nature’s nightmarish unpredictability. for his monochrome portraits, brandt carefully removes the found birds from the water and places them in living positions, perching them on branches, and arranging them as floating figures on the stagnant shore.

It’s now a test of endurance, who will collapse first: the man or the animal?