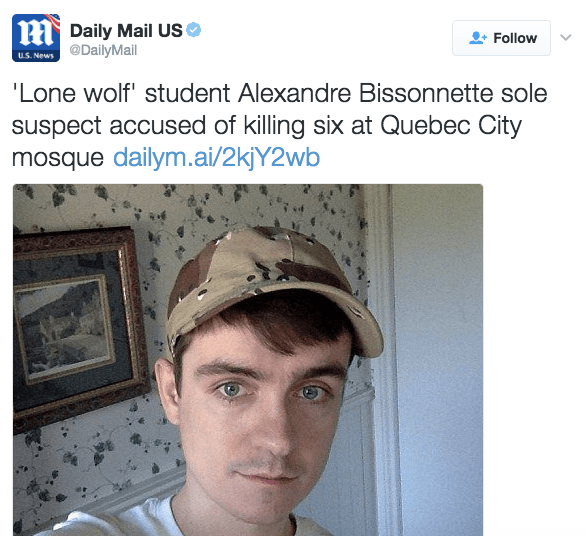 “Lone wolf.” “College student.” “White man.” “Shooter.” “Far-right.” “Suspect.” These words have been deployed to describe Alexandre Bissonnette (pictured), who recently killed six Muslims inside a mosque in Quebec. His social media activities show that he trolled refugees, supported Trump and other far-right nationalists, and fancied himself as a Christian crusader. One word in particular […]