Mere days ago, on the 22nd of September, the city of occupied al-Khalil (Hebron) remembered and mourned the murder of 18 year old Hadeel al-Hashlamoun, another Palestinian youth executed in cold blood by Israeli forces outside the Shuhada Street checkpoint one year ago. Today, on the 30th of September, all of occupied Palestine bows its […]

via Remembering Muhammad al-Durrah and the stolen dreams of Palestine — altahrir, news of Islam, Muslims, Arab Spring and special Palestine

And why the military censors don’t want you to know about it. In an especially vain moment, Shimon Peres is pictured mimicking the pose of his political mentor, David Ben Gurion You will read much hagiography in the Peres obituaries published in Israeli and world media. Here is a perfect example in the NY Times […]

via How Shimon Peres Stole The Bomb With A Bluff — altahrir, news of Islam, Muslims, Arab Spring and special Palestine

President of the Syrian Coalition Anas Alabdah said that the Assad regime and its allies are committing heinous war crimes in Aleppo and are seeking to obliterate this historic city. In a meeting with head of the office of the civil defense corps in Aleppo Ibrahim Hilal and director of civil defense in Aleppo Ammar […]

Shimon Peres murdered and was responsible for murder of countless number of Palestinians Peres had a key role in the military regime imposed on Palestinian citizens until 1966, under which authorities carried out mass land theft and displacement By Ben White Shimon Peres, who passed away Wednesday aged 93 after suffering a stroke on 13 […] 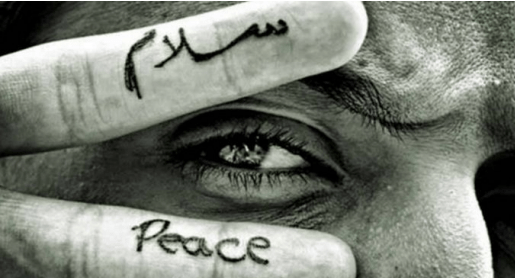 Students in my “Muslims in American Society” course at Rice University have produced some excellent material to counter the Islamophobia industry. Here is the latest peace on dismantling the idea that “jihad means violence.” I highly recommend that you read the entire blog. A few passages to get you started… “I think all of us recognize […]

By Jamal Kanj Let me start off with a confession: I didn’t get it right when I speculated the Republican Party would not nominate Donald Trump for US president. I argued in an earlier column that if they did, the narcissistic Trump would most likely run as an independent candidate. I had posited, or hoped […]

via Why I’ll vote for the Jewish candidate in US presidential election? — altahrir, news of Islam, Muslims, Arab Spring and special Palestine

Medical staff tell MEE they are struggling in face of Russian air attacks, and watch as civilians die through lack of doctors and supplies Civilians litter the floor of a make-shift hospital following air attacks on Aleppo on 24 September, 2016 Aleppo hospital staff say they are overwhelmed with casualties in the face of appalling conditions […]

via No supplies, no surgeons, no hope: Aleppo medics overwhelmed — altahrir, news of Islam, Muslims, Arab Spring and special Palestine

“We were also suspended and got a couple of videos removed over a month ago. The new thing we have noticed is that pictures/videos can now be removed by Facebook even if they follow the so called community standards. This is scary because soon we will not be able to post anything, it seems. So yes we do believe Facebook’s pro-Israel policy is tightening the noose around our freedom of speech.”

The Palestine Information Center (PIC), an independent Palestinian news website and network had their Facebook page temporarily suspended for publishing a 2009 cartoon by Brazilian political cartoonist Carlos Latuff. The graphic shows a woman walking and carrying a wounded child in front of an Israeli flag with one of the blue banners of the flag covering her mouth. Latuff’s text issued a warning:…

A pregnant 34 year old Muslim woman and her husband were brutally attacked in the Co-op supermarket car park in Bletchley, Milton Keynes, seven weeks ago. Following the attack she lost her unborn child.

Yet the police only released the information on this horrific Islamophobic attack around 10 days ago. The woman from Somalia was wearing the hijab when the attack occurred.

The information that has come to light after my own investigation into this Islamophobic hate crime poses many questions about the actions of Thames Valley Police, Milton Keynes Hospital, South Central Ambulance Service and the Co-op.

Students in my “Muslims in American Society” course at Rice University are writing blog posts over the course of the semester. Small groups have been assigned on students’ areas o…