The anonymous artist creates a mock travel advert to highlight the plight of the Gaza Strip in a slick video!

It bears the title: “Make this the year YOU discover a new destination.” But this is no ordinary travel advert.

Instead, in a new undercover documentary by Banksy filmed in Gaza, the anonymous street artist depicts real life for ordinary Palestinians.

Satirising the travel advert format, the video begins in the tunnels, telling the audience that their “visit” would be “well away from the tourist track”.

The artists adds: “(Access is via a network of illegal tunnels)”. There are many documented false flag attacks, where a government carries out a terror attack … and then falsely blames its enemy for political purposes.

In the following 42 instances, officials in the government which carried out the attack (or seriously proposed an attack) admits to it, either orally or in writing:

(1) Japanese troops set off a small explosion on a train track in 1931, and falsely blamed it on China in order to justify an invasion of Manchuria. This is known as the “Mukden Incident” or the “Manchurian Incident”. The Tokyo International Military Tribunal found: “Several of the participators in the plan, including Hashimoto [a high-ranking Japanese army officer], have on various occasions admitted their part in the plot and have stated that the object of the ‘Incident’ was to afford an…

I’m steadfast in my belief that exploring and wandering are the reasons I know I am Muslim. Learning about Buddhism brought me closer to Islam because it taught me what surrendering means, a lesson none of my Islamic studies teachers have been able to teach me even though that’s literally what Islam means. My Islamic studies teachers taught me how to how to obsess about the mundane—about all the things I’m doing incorrectly and therefore my prayers will not be accepted. They taught me guilt. They taught me fear. They taught me that being a good Muslim is difficult. I never quite rejected Islam, I just took a break from going through the motions of prayer out of guilt. I wanted to see if I could be compelled to return to my prayer rug. I did. I returned when I felt like my life was empty without worship. I prayed… 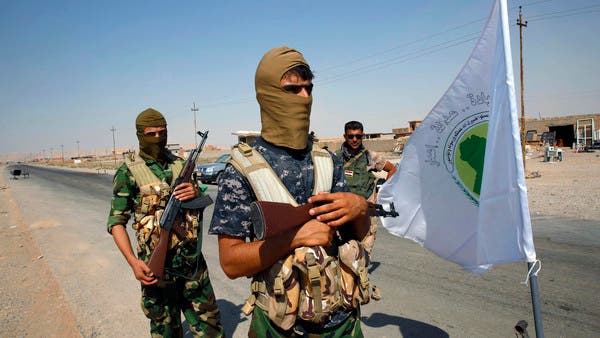 The face stares out from multiple billboards in central Baghdad, a grey-haired general casting a watchful eye across the Iraqi capital. This military commander is not Iraqi, though. He’s Iranian.

The posters are a recent arrival, reflecting the influence Iran now wields in Baghdad.

Iraq is a mainly Arab country. Its citizens, Shi’ite and Sunni Muslims alike, have long mistrusted Iran, the Persian nation to the east. But as Baghdad struggles to fight the Sunni extremist group Islamic State of Iraq and Syria (ISIS), many Shi’ite Iraqis now look to Iran, a Shi’ite theocracy, as their main ally.

In particular, Iraqi Shi’ites have grown to trust the powerful Iranian-backed militias that have taken charge since the Iraqi army deserted en masse last summer. Dozens of paramilitary groups have united under a secretive branch of…

Live and learn
From fools and from sages
– AeroSmith

Please, FOX News, don’t reprimand Bill O’Reilly. To do so would imply FOX News cares about facts and truth. Why start now?

George Washington’s birthday, celebrated annually on Febr. 22nd, is an opportunity to reflect upon his exemplary character and the example he set for future generations of Americans. While much is known about Washington’s military service and political career, less is known about his attitude towards religious freedom and his relationships with Muslims. Looking closely at his personal documents, letters, and activities, we can see that Washington was indeed a proponent of religious tolerance and a friend to the Muslims in his midst.

When Washington completed his second term as the first President of the United States of America, he retired to his estate at Mount Vernon, Virginia, where he spent the remainder of his life in the company of his slaves. We know from a 1784 letter to Tench Tighman, who inquired as to what type of workmen Washington wanted at Mount Vernon… The U.S. Has Only Been At Peace For 21 Years Total Since Its Birth

Below, I have reproduced a year-by-year timeline of America’s wars, which reveals something quite interesting:sincethe United States was founded in 1776, she has been at war during 214 out of her 235 calendar years ofexistence. In other words, there were only 21 calendar years in which the U.S. did not wage any wars.

To put this in perspective:

* Pick any year since 1776 and there is about a 91% chance that America was involved in some war during that calendar year.

* The U.S. has never gone a decade without war.